The first meeting of the SSAT Vision 2040 Group was a fascinating if sobering moment for me.  By 2040 I will be 77 years of age.  Despite what others think they might have in store for me, the one thing I can say with certainty is that I will be retired, probably for quite some time.  My own children have all been through the state education system and currently seem pretty well balanced and content young adults.  The challenge of thinking of 2040 is that my grandchildren, none currently born or on the immediate horizon, I am reliably informed, may also have been through or approaching the end of what is currently the secondary phase of education.

The early discussion set the scene, “What is Vision 2040 and what does it expect to achieve?”  Let me digress for a moment, what most shaped the first decade of the 21st Century for you. 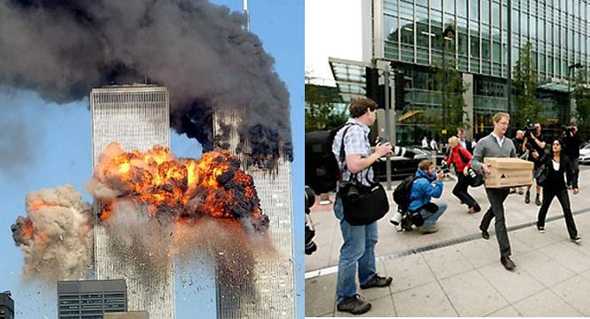 Two things came to mind immediately, the attack on the Twin Towers in New York and the banking collapse later in the decade.  They shaped foreign, fiscal and monetary policies throughout the decade and are still impacting on the World in this decade.  The question I’m interested in is whether these are predominantly about;

Possibly we are in a century where ideas, due to the ease of communication via the internet, can galvanise actions more than at any time before in human existence.  I love the idea of Vision 2040 being an idea - an inclusive and broad educational movement leaving a legacy of a self confident, self-determining, self-governing and self-accountable profession on which future generations of professionals may build.  Politicians would ideally be part of this movement but if not would be prevented from politically interfering   Higher education establishments would be supportive of, build on and be grounded by practice in schools.  Inspiring ideas transcend time, events and people - now that sounds to me like Vision 2040.

Thus lies the challenge ahead of the group and of the profession.  If Vision 2040 is to reach into every classroom, every school and genuinely influence things it cannot simply be a group or an event, neither is adequate, but there will be events and groups who take the movement forward.  An idea can inspire a generation and spread through the ether via twitter, blogging and other social media which will grow exponentially over the next few years and well beyond our current imagination - just look at the use of social media by the generation of young people currently in schools.

When setting off for a dim and distance horizon we will only have a few touchstones to guide us:

What Will this Mean for Schools & Teachers?

These are timeless themes in education and leadership becomes a central strand woven through them all and weaving them together. The challenge is whether we can move beyond the incessant debates about the structure of the system and get into the inner sanctum of the classroom and affect interactions between staff and students. This is where the real action in education occurs, this is the crunch for Vision 2040. 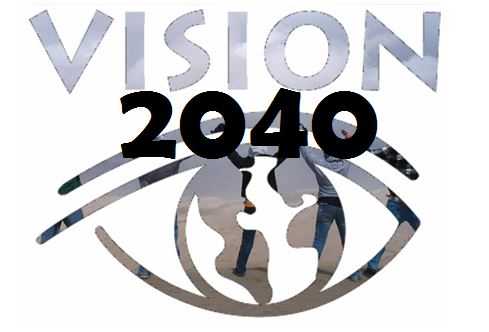 Much of the pre-meeting reading and think pieces tended to have accountability and particularly Ofsted mentioned in them.  This will actually be one of the foci of Vision 2040. Some of the participants’ schools had experienced positive inspection reports and others were on a journey that had started with a good old fashioned Ofsted kicking.  My experience of Ofsted inspectors and teams are: a few are excellent, a few are totally inadequate (and I wouldn’t employee in a month of Sundays) but most are probably sound or good.  They are currently a necessary evil as we cannot return to the pre-Ofsted days when, as a profession, we allowed practices to exist in our schools that were simply inadequate and unforegiveable.  Ofsted was inevitable but here is my first prediction - it will not exist in 2040, its demise is within our grasp.

Ofsted is a pretty blunt instrument:

Self Constructed or Imposed Accountability Accountability is part of a deal that comes with the authority to make decisions and the stewardship of large amounts of public money.  We must accept this as a profession and as professionals.  However, where the accountability comes from must be our key area of debate.

The wonderful Professor David Hargreaves, in his Self Improving School System, talks about the future partnerships that will exist with schools having a mixture of “tight”, “loose”and transient partnerships.  By 2040 we must move to accountability as part of a tight, long term and sustained partnership.

Looser relationships will involve other schools and teaching school partners, higher education, local authority school improvement services where they still exist and external consultants.  These must all be capable and effective providers of support and school improvement.  However, these mustn’t become the “challengers” - challenge me too much and I might just terminate your contract!

We are seeing an increasingly decentralised school system and the unthinkable has started to happen - academies failing and academy chains caught with their “fingers in the till”.  Prediction two - the days of the single academy model are limited.

With local authorities on the edge of viability, both financially and in terms of the school improvement services they offer, the middle tier of education is beginning to disappear.  For reasons of accountability, efficiency and committed sharing of expertise and resources schools need to gather themselves, with higher education establishments, into groups and safe harbours.  These groups whether academy chains, multi academy trusts, high quality local authorities or teaching school alliances will form a new more diverse middle tier.  The interesting and unknown element is, to what extent can they be centrally controlled or will there just be too many different system groups to effectively control from the centre - do our political master actually understand the implications of what they have done?

It is in this decentralised middle tier that we may find the school improvement of the next decade.  They will have sufficient financial capital but also the extensive and diverse professional capital (human, social and decisional - Hargreaves & Fullan, 2012) that could make a real difference to each school on its improvement journey.  As a soon to be Executive Head I wonder whether this is where the core of my role will be - helping teacher to just keep getting better and better, building professional capital.

By 2040 we need as a country to have either a political consensus on what constitutes an outstanding education in England that commands cross party support.  This will enable the horizon to stay in one place, instead or revolving 180 degrees in the blink of a general election, and allow us to focus on the journey.  The idiosyncratic nature of the Secretaries of State which ignores the collective wisdom of school leaders, teachers, educationalist and parents hasn’t always been particularly visionary, misguided and at times just plain wrong would be better descriptions.  Secretary of States will come and go, I think Mr Gove is my seventh during my time as a head, but as headteachers we need a coherent national vision that carries the overwhelming support and commitment of the professionals, parents and children working in or experiencing our schools.  If politicians cannot get their collective act together it is probable that the de-centralisation of the system, which is currently gathering pace, will leave them effectively powerless to intervene at a school (unless of course by 2040 we have local authorities back in place).

Thanks to the other members of Vision 2040 who engaged in the first debate today and for their shaping of the ideas above though each person will have his or her own perspective, a great strength for the group.

We have the most skilled, connected and interdependent professionals, we have ever had, currently working in our schools. It is time for us to take the lead and head with confidence towards 2040.  It would be fantastic if you joined us.

In September 2013, Stephen became the Executive Headteacher of a Blackpool federation.  He is one of SSAT’s long standing advocates and his contribution to the early System Redesign and Four Deeps research is valued highly.

Visit Stephen’s personal blog to read other posts about Vision 2040: